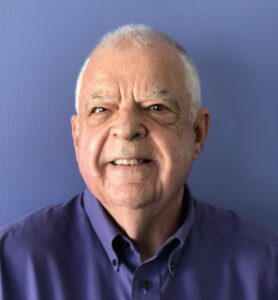 Fred Nesbitt is a chronic volunteer. Fred was elected to the Playa del Mar Board of Directors where he served as Treasurer and President. When appointed to the Galt Mile Community Association Advisory Board, the entire neighborhood started benefiting from his networking skills. A veteran of successful campaigns to rescue the Galt Mile Reading Center and thwart the proposed construction of a Liquefied Natural Gas plant off the Galt Mile Beach, Nesbitt has proven a workaholic dynamo. Not surprisingly, his peers soon shifted Fred’s wheelhouse from the Advisory Board to the GMCA Board of Directors and named him Treasurer, charging him with guardianship of the neighborhood checkbook. Changing hats as required, Fred also applies skills honed in Washington D.C. to citywide challenges, by serving on several Fort Lauderdale Advisory Boards (Fire-Rescue Bond Issue Blue Ribbon Committee, Budget Advisory Board and Cemetery System Board of Trustees). The GMCA Directors elected Fred as their President in 2021.

Having lived in both Ocean Manor and Southpoint before serving on the Regency Tower Board of Directors, Eric Peter Berkowitz developed a unique perspective of the Galt Mile. Eric created and serves as “webmaster” of the Galt Mile Community Association web site, one of largest and most comprehensive in South Florida. As editor of the “Galt Mile News”, the Association’s newsletter, he keeps community residents and neighborhood merchants informed about issues critical to their rights, homes and lifestyles. A prolific writer, Eric relates Association policy as formulated by the Board, the Advisory Board and concerned residents. Always active, Eric’s organizational skills were critical to Fort Lauderdale’s inclusion in the beach renourishment project, the installation of Automated External Defibrillators throughout the neighborhood, the successful promotion of practical fire safety regulations and myriad other challenges. Eric also serves as the community’s eyes and ears, alerting the neighborhood to positive and negative political impacts emanating from Fort Lauderdale’s City Hall, Broward County HQ, Tallahassee and Washington DC. Acumen accrued as Regency Tower’s Construction Chair has positioned Eric to assist with the Galt Mile’s structural rebirth.

A veteran of the Broward Public School system, Fern is blessed with a proclivity for organization and excellent communication skills. Somehow, our soft-spoken former educator has been able to quietly compile the fast-paced Advisory Board activities into a coherent set of minutes every month. Fern’s organizational abilities were first recognized by her neighbors in Regency Tower, where she participates in several committees and serves on the Board of Directors – not surprisingly as Secretary!  Her low-key demeanor and quiet charm disguise a tenacious commitment to improving our homes and our neighborhood. In addition to making consistent contributions at countless Advisory Board and Presidents Council meetings, Fern has traveled to Tallahassee to fight for the rights of condo owners. When the Broward Beach Renourishment project was being considered by the Florida Cabinet, Fern participated in a successful demonstration by a contingent of Galt Mile homeowners supporting the project. When initially appointed Secretary, the usual format of assigning the attendant executive responsibilities to a director were set aside to take advantage of Fern’s unparalleled competence as a communicator. Inevitably, she was also named to the Board as a Director.

A Galt Mile resident via birthplace Jersey City and upstate New York, Andy is a quiet tornado. A modern day Renaissance Man, this Engineer – Printer – Builder helped steer Plaza South to its current status as one of the Galt Mile’s premier residences. To benefit from skills honed during a flourishing Engineering career (Senior Project Engineer at the Bendix Corporation, Vice President of Engineering at a New York fastener company, etc.), his Plaza South neighbors continually vested him with rotating responsibilities on their governing board beginning in 1996 (within a year of his arrival in South Florida) – as President, Secretary and Assistant Treasurer. The proprietor of Minuteman Press, Andy also manages a thriving Oakland Park Boulevard printing enterprise he conceived and nurtures with better half and partner – Joyce. While serving on the neighborhood association’s Advisory Board, this master of multi-tasking helped resolve countless community conundrums, invariably weighing in as the voice of reason. Once, to fill some spare time, Surdovel was “soup to nuts” conversant with building codes by constructing three homes in New York – personally!

Hailing from Coral Ridge Towers South, Ralph Hamaker is the sole representative to the Board of Directors from a Cooperative. A past President of CRT South, Ralph is familiar with issues that impact our four members from the Coral Ridge Towers Complex in the western sector of the Galt Mile Community. Ralph’s contributions to improving the Galt Mile area are legion, including noise abatement, traffic control and beach renourishment. Intimately involved with the rebirth of the Galt Ocean Village Shoppes area, Ralph was instrumental in attracting the Beach Community Center and Il Lugano, two community linchpins critical for the neighborhood’s stability. Coral Ridge Towers, built just prior to to Condo Act of 1963, was the first hi-rise cooperative financed by the FHA to have a swimming pool. The Coral Ridge Towers (CRT) complex, later expanded to include the North, South (Ralph’s home), and East buildings, was a blueprint for developers prospecting for amenities to include in their offerings. The CRT Complex (four Cooperatives) could not have found a more effective pro-active representative than Mr. Ralph Hamaker.

Paul Sarelakos has been an owner at Southpoint Condominium Association since 1995 and served as President of Southpoint since 2018.  His educational background culminated with a Bachelor of Science degree in Business Administration and a minor in Economics.  I was last the owner of a Shop N’ Bag supermarket in the Philadelphia marketplace employing over 120 associates.   Paul has been an active member of the Galt Mile Advisory Board and the Galt Mile Community Association President’s Council.  He looks forward to working with the other GMCA board members, the entire Galt Mile associations, and businesses in a positive and beneficial manner, particularly with the challenges ahead concerning the Galt remodel and most importantly, the ELSS situation.

During his tenure on the Galleon Board of Directors, Ed made countless contributions to the community’s Advisory Board, where he took up the gauntlet for a Chinese menu of neighborhood challenges. Wielding an academic pedigree that productively blends Information Technology with Business Management, Hashek carved out a sterling career in IT Security, where he exercised his expertise in the financial sector. To help quell an insatiable appetite for community service, social justice, Theater and the arts, Ed serves as a Director or Trustee for a litany of organizations in Wisconsin and Florida, including the Community Foundation of Broward County, the Milwaukee Art Museum, The Milwaukee Repertory Theater Company, the Island City Stage and now – the Galt Mile Community Association. Leveraging a unique personal skill set, Ed infuses each of his undertakings with expedience and uncompromising dedication; he quietly gets the job done – an observation not lost on his Galt Mile peers when naming him to their governing board. 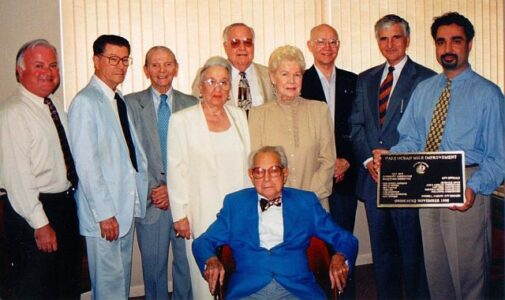